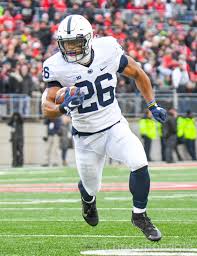 I did finally pay up for Todd Gurley this week, just in time for his bye. I also got some other good players. More on this later in the article. But we begin with my team’s performance in Week 11.

I started with a huge FAAB advantage: $389, more than quadruple the FAAB of the only other team with any FAAB left, which had $84. I was determined to get Gurley this time – I figured the team with FAAB left would likely make the final and make me make Gurley if he wasn’t on my roster. For this reason I adopted a mixed biding strategy, bidding $85 on Gurley and $43 on Thielen, the two players I was definitely targeting for my Week 16 roster. I got both of them. I made lower bids on Keenan Allen (16), Nick Chubb (7), and Julian Edelman (7), mostly to make sure that my opponent couldn’t build his team too cheaply by adding players for $0 or $1. And I bid $1 on Sony Michel for upside. For some reason  didn’t bid at all on Kittle.

I do have more than 252 FAAB, so I would be able to get 12 out of the top 13 remaining players. The second to last line tells me I would do so by bidding 21 on each of the top 13 players.

Right now I have six players who I think are probable Week 16 starters: Gurley, Saquon, David Johnson, Kelce, Hopkins, and Thielen. I have one possible Week 16 starter, Cam Newton. We roster 19 players in my league, which means I need to fill at least 13 slots, and likely a couple more to account for injuries or drop-offs in performance. So I figure I need to successfully bid on 15 players. Being able to get 12 of my top 13 gets me very close to there, leaving me with just three players to acquire after these top 12.

The formula tells me that I could bid 15 FAAB on my top 17 players and definitely get 15 of them. Note that when I needed to divide 40 by 3, I rounded up.

Out of the top two teams that I see as likely Week 16 competitors, one has Kamara, Julio, Tyreek, and Keenan (this is the team with FAAB). The other one has Conner, McCaffrey, Antonio, Beckham and Hunt. So either four or five of these top 15 will not be available, meaning that I’m basically trying to bid on players in my top 20. This means adding players such as Joe Mixon, Leonard Fournette, Brandin Cooks, AJ Green and Juju Smith-Schuster, or maybe Robert Woods to the list.

Next week’s waivers will likely be a challenge, since the team most likely to be eliminated has none of my top 15, but several of my top 20ish guys: Woods, Mixon, Green, Smith-Schuster, and Cooks. I would be tempted not to bid too much on these guys. Plus Drew Brees is not in my top 20 list but would be cut if this team loses, and he is tempting.

My chances of winning get stronger each week from this point, as I add top players or usable ones each week. ESPN’s projection has me as the top projected team with 156 points. Two teams are projected at less than 125. Some of my players are seeing poor defenses, like Landry at Cincinnati, and Edelman, Michel and Gronk at New York Jets. Some are facing tougher matches, like Hopkins vs. Tennessee and David Johnson at the Chargers.

The survival calculator says I have a 99.7% chance of surviving, assuming the ESPN projected team points as means, and assuming a standard deviation of 15.

I’m not quite set on my flexes, but my starting lineup will probably look something like this.