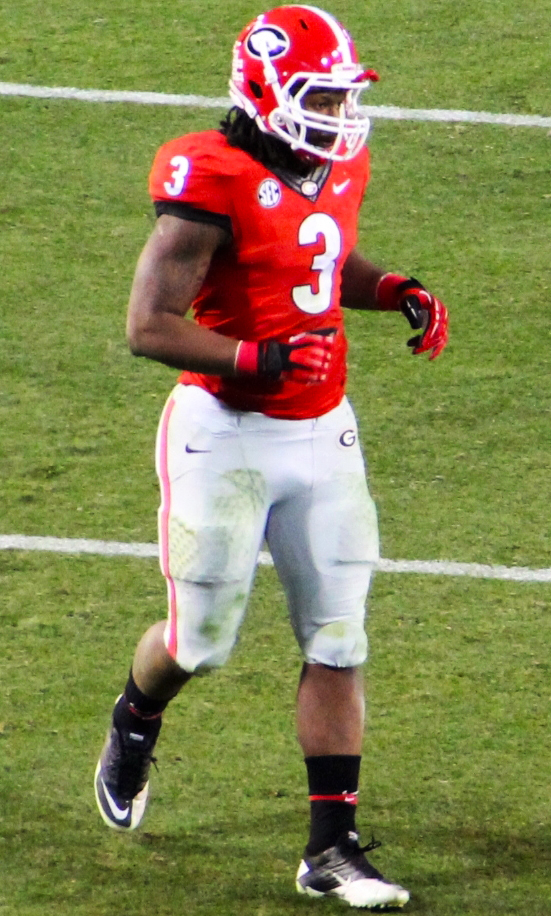 The main question that this article addresses is how a team can maximize its FAAB based on how much money it has vs. how much money the competitor has. That is why I’m limiting this article to situations with 2 players. We start with a relatively simple situation with a limited number of moves in order to see the basic dynamic. From there, we can build an understanding of more complicated situations with more players, which I expect will be future article topics.

Strategy 1: Getting All the Top Players

It is not necessarily a good thing to outbid your opponent this way. If it’s Week 11 and you spend your 61 FAAB to get Todd Gurley, your opponent will have 4 weeks of outbidding you on all the other top players. Your Week 11 team + Gurley is probably not going to win your league when your opponent has Hopkins, Kamara, Saquon, Melvin Gordon, Elliott, etc. etc. in her lineup.

Strategy 2: Getting Almost All the Top Players

Getting all the top players requires you to have a multiple of your opponent’s FAAB. But for a much lower price, you can get almost all of the top players.

Strategy 3: Getting Almost Almost All the Top Players

If for some reason you want to know how much FAAB you need if your opponent has 60 FAAB and you want to be assured 14 out of the top 18 players, you can plug the numbers in and get the result, as follows:

You therefore need 182 points to get it done. The penultimate line tells you how much to bid: 13 FAAB dollars each on your top 18 choices.

Mixed Strategies, Attrition and Other Considerations

As you can probably see, it can be advantageous to strategize around getting all but one or all but two of the top players, since you can get these results by working with a fraction of your opponent’s FAAB, instead of all of it. If your opponent has 60 in FAAB and you have 189, you can get your top 3 players for 183, or six of the top seven players for 186, or nine of the top eleven for 189. In most situations, one of the latter options is  better.

It is, of course, possible to mix the approach. Maybe you think, as I do this year, that Todd Gurley is so valuable that he is worth a bid higher than your opponent’s FAAB budget, but that you otherwise want to bet lower amounts to get almost all or almost almost all your top players. This is easy enough to figure out. You bet one more than your opponent’s budget, then subtract that number from your total and recalculate.

For example, going into the post-Week 11 waivers, I had $389 FAAB and my only opponent with any money had $84. At more than quadruple my opponent’s FAAB, I could have decided to get my top four players by bidding $85 on each. I also could have decided to get ten of the top eleven players by bidding $43 on each. I decided, however, to spend the $85 to get Gurley, which would leave me with $304, enough for eight out of my top nine choices after Gurley.

The disadvantage of getting almost all the top players

If you are getting almost all of your top players, you don’t get to choose which ones you’re not getting. It’s the poor man’s privilege to get the top player while the rich man gets the rest of the top options. If I have 60 FAAB while my opponent has 62, I’m probably bidding more than 31 on Gurley, and getting him.

In the same way, getting almost almost all the top players means your opponent could end up with their two top players, and so on.

As this article hopefully makes clear, it is the ratio between the two teams’ FAAB budgets that determines how many of the remaining players can be obtained by the team with the higher FAAB budget in a two-player endgame. This makes the impact of spending unequal. A team with less FAAB needs to spend less to avoid the disadvantage of a larger ratio.

For example, assume Team A has a $120 budget and Team B has a $60 budget. This is a 2:1 ratio, and permits Team A to get the single top player, three of the top four players, or four of the top six players.

If Team A spends $30 on one player, the ratio goes from 2:1 to 3:2, reducing its power somewhat. It can still get the single top player, or it could get two of the top three players or three of the top five.

If Team B spends $30 instead, the ratio becomes 4:1, reducing B’s bidding power considerably. Now Team A could get its top three players, seven of its top eight players, or ten of its top twelve players; or could use a mixed strategy to get its top player plus either five of its top six or eight of its top ten players.

It is therefore very helpful to the team with more FAAB if the other team experiences attrition. One way to do this is for the richer team to purposely underbid on a player that it expects the other team to bid on. I just did this with Keenan Allen, who I only bid $16 on, much less than he is worth to me, to see if my opponent would outbid me on him. He did, which helped reduce my opponent’s FAAB from $84 to $40.

If a mechanism exists, it could make sense to declare your bids in advance to drive up the price even more. For example, I think it would have made sense for me to announce that I am spending $85 on Gurley, $43 on Thielen, and $25 on Keenan Allen and to do so (instead of bidding $85 on Gurley, $43 on Thielen, and $16 on Allen). My opponent, with $84 FAAB, probably would have had to decide between spending $43 on Thielen and $25 on Allen, reducing his FAAB even further. What would be the mechanism? Maybe an accountability app like StickK. Or you could just announce that you are dropping a player and announce that you will bid a certain amount on him, and hope that your opponent considers it credible enough to make bids accordingly.

A tactic I tried unsuccessfully earlier in the season was purposely dropping a player I hoped would be tempting to others, Devonta Freeman, in an attempt to get them to bid a significant amount on him. That did not work. It may work with other players.

An advantage of being FAAB dominant and having all of these strategies as options is that the pressure is on your opponent to respond to your approach, and guessing wrong can result in missing out on opportunities to get top players, or in wasting FAAB.

I won’t get too deep into detailed examples, since I expect to write an article on the not-too-distant future about strategies for the FAAB-poorer team in two-player endgame. I will just make the intuitively obvious assertion that if you are the poorer player, it is to your advantage to know which strategy the richer player is employing, and respond accordingly, and it is therefore to the richer player’s advantage not to allow the poorer player to guess the strategy, all else being equal. That means doing at least some mixing of strategies.

This is especially important if there are a few weeks left in the season. If the poorer player sees you bidding $21 on each top player several weeks in a row, she may be able to guess that your strategy is to always bid $21 on top players,  and may be able to take advantage. If it’s Week 16, then obviously this is not a concern.

You want to bear in mind that your ideal situation is not just to have as many of the top players as possible in your starting lineup – you also want to pack your bench with as may top players as possible. This is not only because you may need substitutes for your superstars who get injured, suspended or sudden declines in production causing doubts. It is also, and maybe more importantly, to keep top players away from your opponent.

Suppose in your league, like mine, teams start nine players (including three flexes) and have ten on the bench. Loading your bench as well as your starting lineup is the difference between facing players 10 – 18 and facing a bunch of players in the 20 – 28 range. This could be the difference between facing players like Antonio Brown, Adam Thielen, OBJ, Melvin Gordon, Kareem Hunt, James Conner, Zach Ertz, vs. facing players like Brandin Cooks, Robert Woods, Mike Evans, Tarik Cohen, Tevin Coleman, Adrian Peterson, and George Kittle. This latter group are great starters in Week 12, but you will probably lose if you roll with this lineup in Week 16.