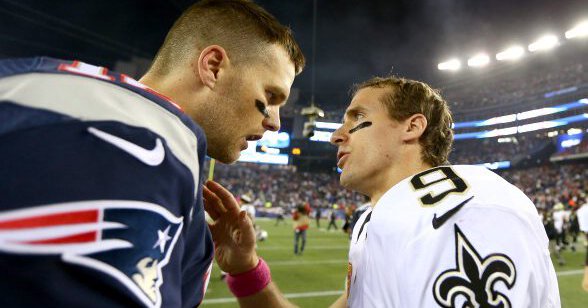 Alex Smith was second only to Russell Wilson in fantasy points during the fantasy-relevant portion of the 2017 season, but his fantasy value was practically zero. Matt Ryan’s value was substantially less than zero. I’ll explain what I mean in this article, which also looks at four other quarterbacks’ 2017 seasons.

I have already written about the fantasy value of the top two fantasy QBs of 2017, meaning the two who scored the most fantasy points over the season: Russell Wilson and Cam Newton. As described in that article, I measure a player’s fantasy value in Fantasy Value Points (FVP) in order to understand what factors impact a player’s fantasy value. FVP represents the sum, on weeks in which the player is a projected fantasy starter, of the average fantasy point differences between the player and members of a comparison set representing likely next best options.

END_OF_DOCUMENT_TOKEN_TO_BE_REPLACED

In this article, we continue to look at the 2017 values of the top players in the singleton positions – quarterback and tight end – by looking at the fantasy values of the number one and two highest scoring quarterbacks of 2017: Russell Wilson and Cam Newton.

I described my concept of fantasy value in the article Fantasy Value as Measured in Points, Featuring a Deshaun Watson Case Study To recap the approach that I am taking: I am reviewing past fantasy value, not stating their present value or making future predictions. Inspired by Pete Palmer and John Thorn’s The Hidden Game of Baseball, I am looking to take express the number of fantasy points that a player contributed to his fantasy team, which I am going to start calling Fantasy Value Points (FVP). We measure this by taking the sum, through Week 16, of the player’s differential contribution in games in which he should be started, where differential contribution is the difference between the number of the fantasy points the player scores in a given week, and the number of fantasy points scored by the next best starting option on his fantasy team. In this way, measure the value to the fantasy team of having the player on the roster, as opposed to having to rely on the next best player.